Home
About
Get There
Tickets

Ambassador Susan Rice on Things Worth Fighting For

By The Temple Emanu-El Streicker Center (other events)

Mother, wife, scholar, diplomat, and fierce champion of American interests and values, Rice powerfully connects the personal and the professional in Tough Love: My Story of the Things Worth Fighting For. She will discuss the family struggles that shaped her early life in Washington, D.C. as well as the ancestral legacies that influenced her. And she will take us inside her three decades on the front lines of American diplomacy and foreign policy, discussing topics ranging from the Ebola epidemic, Iran nuclear deal, and the opening to Cuba, to the Obama administration's efforts to confront Russian interference in the 2016 election and the surreal transition to the Trump administration.

Moderated by Alyssa Mastromonaco. Alyssa Mastromonaco is a New York Times Best Selling author and co-host of Crooked Media’s #Hysteria podcast. She served as White House Deputy Chief of Staff for Operations from 2011-2014, prior to that she held several positions in President Barack Obama’s administration, campaign, political action committee and Senate office, where she began serving in 2005. Currently, she serves on the board of the non-partisan voter registration organization, Headcount.org and the boards of the University of Vermont Honors College and University of Wisconsin-Madison Visitors Board. Alyssa is an activist for women’s reproductive health care and loves rescuing cats. Alyssa is married and splits her time between New York City and Columbia County, NY.

Includes a copy of the book. 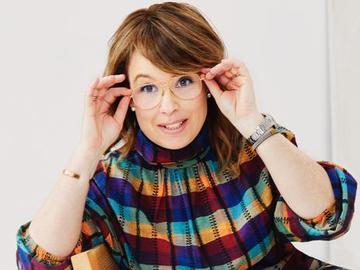 Please avoid bringing large bags, backpacks, and luggage to the venue. All persons and belongings are subject to security scanning and inspection. Security personnel reserve the right to limit access to the premises.

other events by this organization